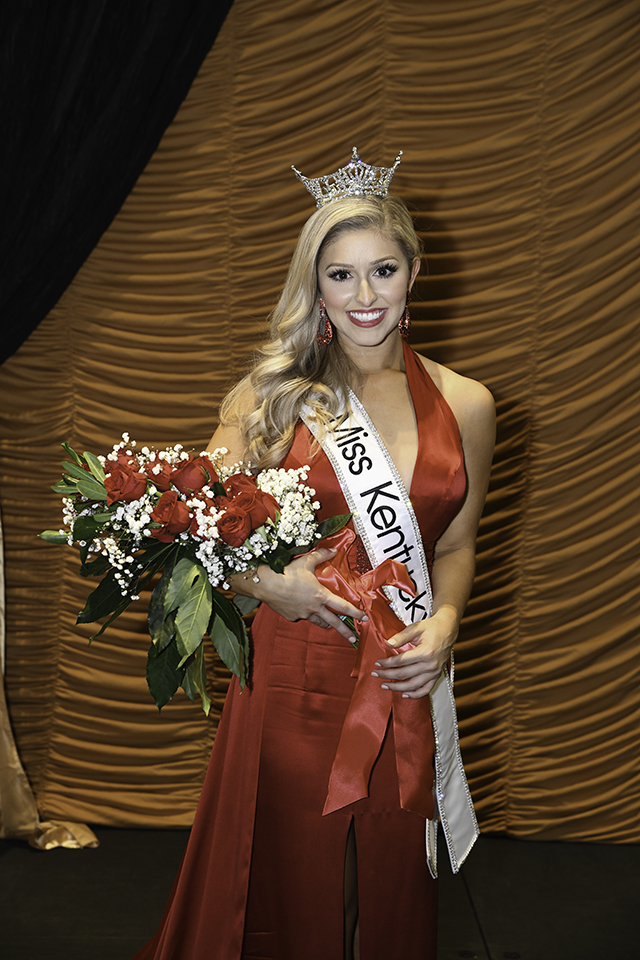 College:
Graduate of Western Kentucky University's College of Health and Human Services. Class of 2019 and Class of 2021

Haley hails from the small town of Clay City in the hills of Eastern Kentucky. She is proud to be one of very few Miss Kentucky's from the eastern part of the state. She is a graduate of Western Kentucky University where she holds a bachelor of science in communication disorders, a minor in ASL studies, and a master of science in speech pathology. During her time at WKU Haley was a cheerleader for the Hilltoppers (2015-2017) and also served as the social media chair for her school's National Student Speech Language Hearing Association chapter (NSSLHA).

Haley's social impact initiative is entitled, "A Stitch of Hope: Alzheimer's Awareness." She dedicates this work of passion to her great-grandpa, Papaw P, who fought and lost a battle to Alzheimer's Disease. Haley remembers vividly the first time her Papaw P forgot her name- the feeling is something she would want no one to experience. She knew from a young age, though she didn't understand the science behind the disease at the time, she wanted to do something about it. She had spent most of her childhood weekends visiting her grandparents and great-grandparents, so the value of quality time with elders was something she already knew. She just had to wait a while to learn the rest of the story. So, when she reached college, a shadowing experience in the nursing home changed the course of that story. It was then that Haley began learning what she could do for Alzheimer's patients that would benefit them scientifically. She also learned that solutions to memory problems or simply stunting the spread of Alzheimer's disease is as simple as making a stitch. She began sewing activity mats to occupy the busy hands of elderly people dealing with Alzheimer's disease- something that can help reconnect broken parts in the brain, even for a moment. She donated these to nursing homes in the state. She then realized that she could not go at this process alone. She began teaching elementary schoolers to sew these mats. She even made the prospect of brightening a patient's day even simpler- she learned that social interaction in ANY way can help halt Alzheimer's disease. Now she promotes her clinically-backed approach to halting Alzheimer's by simply connecting kids to centenarians via service initiatives or face to face interaction.

Haley also serves as the official spokesperson for the Kentucky Proud initiative. She travels the state encouraging kids and consumers to support Kentucky Agriculture by buying the products farmers make in the state and to live a healthy and active lifestyle in the process. In her free time, Haley enjoys working out, singing, spending time with her friends, family, and nursing home residents, and cooking.